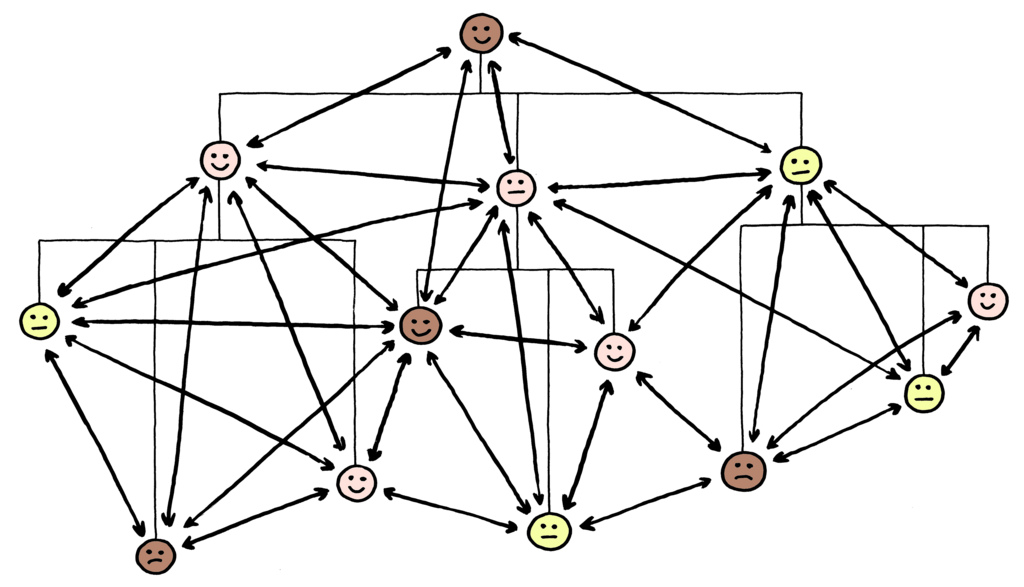 Cut the bullshit: organizations with no hierarchy don’t exist

Do completely horizontal organizations truly exist? Fueled by growing excitement about self-management, bossless leadership and new governance models such as Holacracy, I increasingly hear large claims about the potential of “flat organizations”, which are being used as synonymous to “having no hierarchy”. I often wonder whether I am reading correctly: Organizations with no hierarchy at all, with real live people in them? I feel like there has been a misunderstanding here. I might be wrong, but from my 5 year experience of being a member of the distributed organization OuiShare, my conclusion is: there is no such thing.

To explain why I’ve been quite frustrated with this misunderstanding, let me describe a scenario I have been confronted with multiple times in the past years: a new person, let’s call her Lisa, joins OuiShare to actively contribute to our network. Most likely, due to the way our organization was initially presented when we started in 2012 (the first draft of our values described us as a horizontal organization), but also the way this description has been interpreted and retold again and again by people from all corners of our network, Lisa arrives with a set of expectations. She expects to find a workplace free of power dynamics, where “everyone is equal”, she can do anything, nobody will tell her what to do and often, where leadership is not tied to specific people.

Pretty soon after joining and getting to work, Lisa notices she is having a hard time putting things in motion and garnering support for her work. This is when Lisa comes to me for help. I then suggest she talk to a specific person with more “power” than them on this matter — a “superior”, which is mostly followed by a confused and disappointed reaction. “I thought you had no hierarchy. Now you are telling me that some people here are superior to others? OuiShare is just like any other organization.” The fact that person A could be superior to person B in a given situation clashes with Lisa’s expectations. The answer I give her is “YES, we do have hierarchy; I don’t remember having ever said otherwise. But there is hierarchy and hierarchy.”

In most organizations today and in line with much of organizational theory, job titles correspond to a specific position within the organization’s hierarchy. There is a defined path for getting into this position (a specific degree, followed by climbing the corporate ladder for x number of years, maybe skipping some steps if you are good at politics) and job titles correlate with specific lines of communication and decision making power.

Rather than having abolished hierarchy all together, what I have perceived as different about the new genre of “emergent organizations” to which I count OuiShare and the Enspiral network, is that hierarchies in these organizations are dynamic. Authority shifts based on who has the most knowledge and experience in a specific context. There is no clearly defined path for holding a specific role.

Hierarchy does not need to disappear from our organizations, but it needs to change.

In such dynamic structures, sometimes authority correlates with age or time spent in the organization, but not necessarily. A new person entering may have superior expertise on a subject to others in the organization, putting them at the “top of the hierarchy” for this area. Simultaneously, they may be answering to a person with more history in the organization in the context of another project. I can both be the chair of OuiShare Fest Paris and answer to those same team members in another context.

So why not just get rid of hierarchy all together and “declare everyone equal”? In any system with humans in it, power relations exist, whether you formalize them or not. And as Jo Freeman’s states in her essay the Tyranny of Structurelessness, “structurelessness in groups does not exist”. If you refuse to define power structures, informal ones will emerge almost instantly. Not expressing these can be extremely harmful to your organization.

Though I understand why telling stories of fully flat and bossless organizations is enticing for those of us working on new organizational models, I don’t think we’re doing ourselves a favor with this. That’s why my request is that we stop creating unrealistic expectations for newcomers to this field and use this opportunity to truly understand what differentiates us from traditional hierarchies and how we could help others transition to becoming more dynamic hierarchies themselves.

To distribute power and leadership in organizations, we need to acknowledge their existence first.

What happens to bosses in a dynamic hierarchy? It might just be a matter of finding a new term, but contrary to what one often reads about self-organization, I am not convinced organizations should be bossless.

Rather than removing bosses from the workplace, I think their role needs to evolve to that of a faciliator, coordinator and leader— 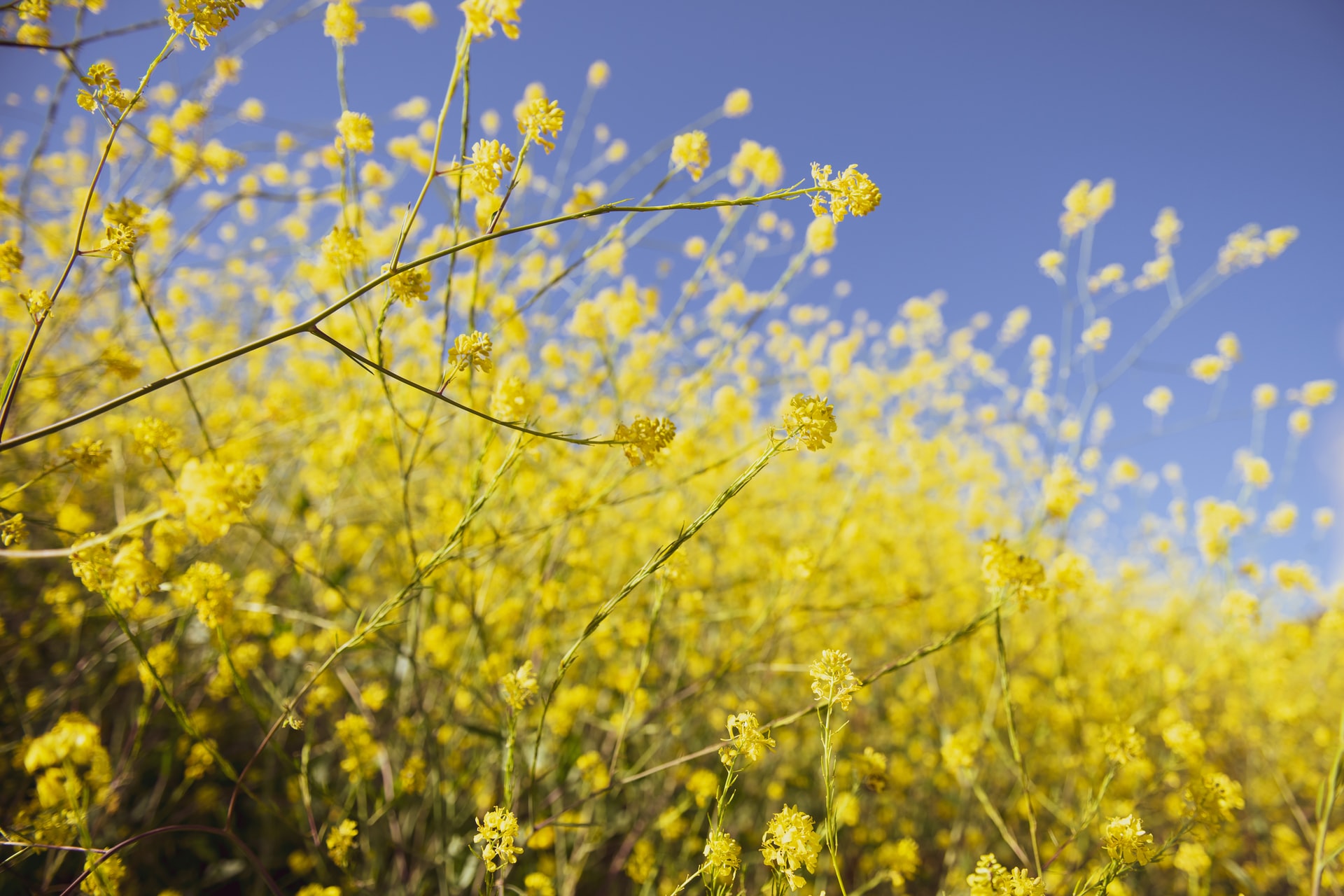 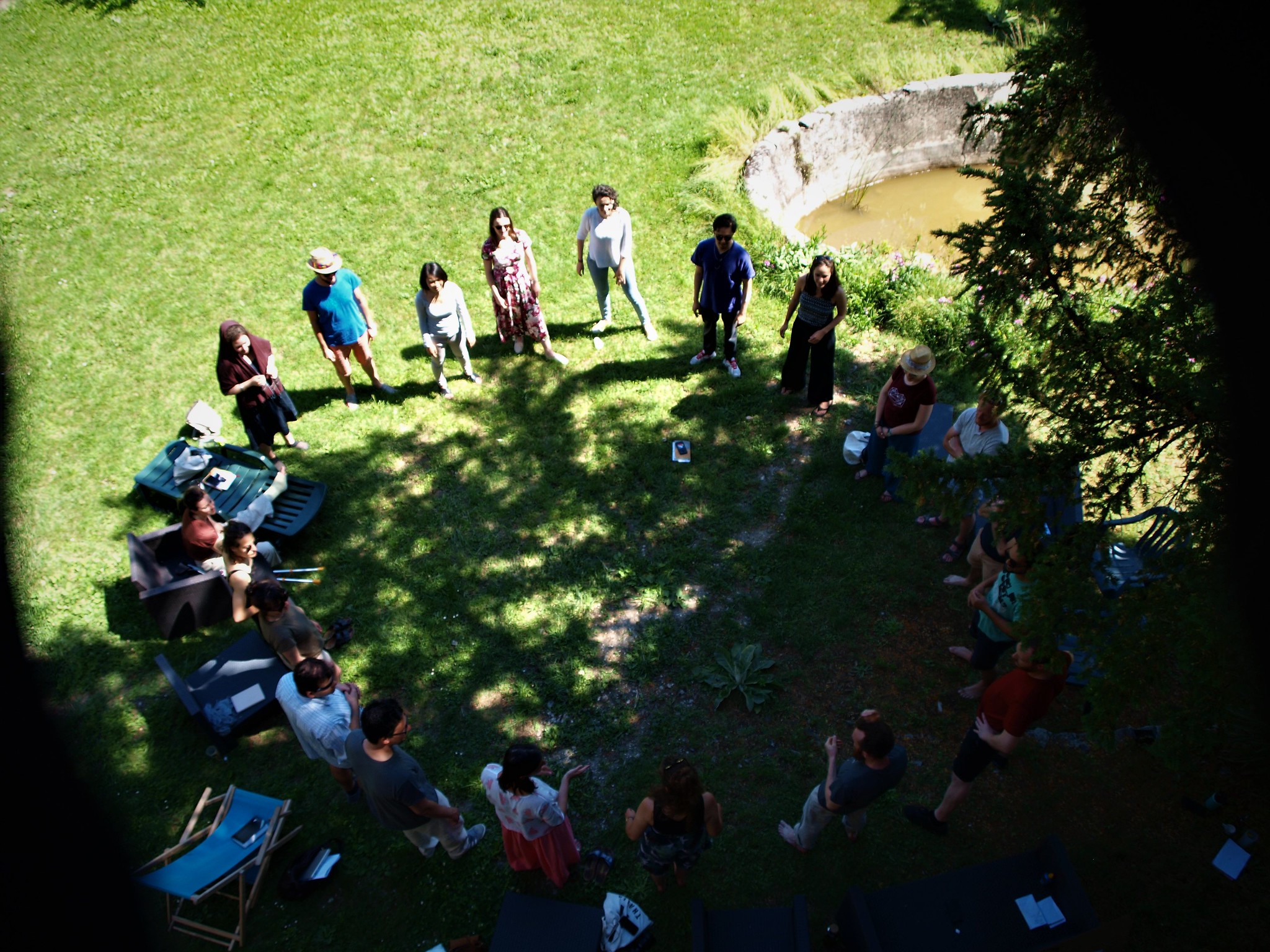 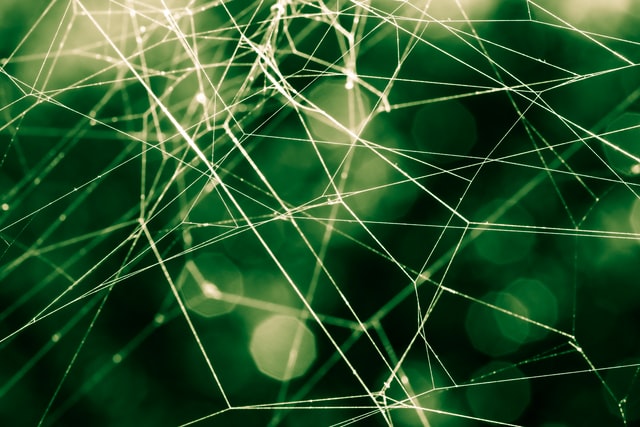